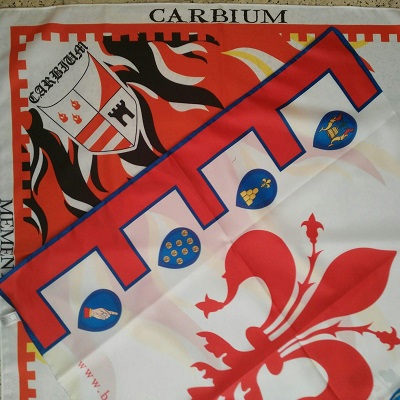 On Sunday 3 March, on the occasion of the 46th anniversary of the birth of the Uffizi Flag group, the twinning with the group of Carbium flag-wavers from Calvi dell’Umbria will be officially announced.
Starting from 3.00 pm the two groups will parade through the streets of the city center and perform together in Piazza della Signoria.
The twinning comes after years of friendship between the two groups during which the Calvi group has performed in Florence for both the Marzocco Trophy and the Marzocchino Trophy, while the Bandierai have been guests in Calvi for the tenth anniversary celebrations of the Umbrian group.